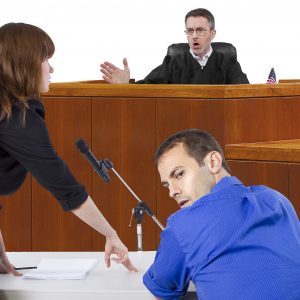 Sometimes in family law, the decision of the court is not what a client will want to hear.  There are several ways to try to change a decision, but it is unwise to ignore a court’s order in the meantime.  Interfering with a court order or ignoring the order may be considered contempt of court, and judges do not respond well to clients that do not respect their rulings. If you disagree with a court order, please meet with an attorney who specialized in family matters.  Of course, once you meet with the attorney, you should probably follow their advice.

After a thorough meeting, the grandfather was advised to have his son comply with the order of the court. Although trying to modify the visitation was possible, it was determined by the firm that success was not probable and that not complying and fighting it was likely to lead to a worse situation. Suggestions were made to keep good notes of the visitations and the effect on the child for later, possible use.

Many months later, the grandfather was seen in court. His son and the mother were before the judge and it became apparent that the visitation had not occurred. After back and forth testimony the grandfather was brought into the conversation and the judge noted he was present in the courtroom. He was asked to address the court and testify as to his involvement. He testified to the same concerns he discussed with the firm. In the end, the court found he willingly and knowingly took actions contrary to the court’s orders and had no legal right to interfere with the visitation. The son was then threatened with the loss of his legal custody rights if he was going to continue to allow his father to interfere. He quickly stated he would comply with the order.

Parties are, of course, free to take an attorney’s advice or not.

The attorneys at Bellenot & Boufford, LLC have many years of experience dealing with child custody and visitation, whether stemming from a divorce or not. 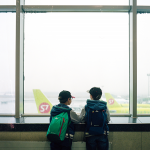 Anticipating Step-Parents, What Should Be In The Divorce Agreement?Custody, Family Law