Thanks to the passage of a controversial bill, there are several noteworthy changes coming to the way that Connecticut courts view alimony (also known as “spousal support” or “spousal maintenance”). The changes will be effective as of October 1, 2013, so it is a good idea for attorneys and clients alike to have a basic understanding of the modifications.

One of the more obvious changes to Connecticut spousal maintenance laws is that they will now be gender-inclusive. The former law, drafted in 1973, was aimed almost entirely at providing support for women, using the feminine pronoun “she” or the term “wife” throughout. The updated statute will make it clear that, in this era of gender equality, both males and females have the right to seek alimony.

The old law included a provision – struck by the new statute – that allowed the wife to consider her earnings as “separate property,” and not have that income considered by judges when making spousal support determinations.

Connecticut is one of the few states that still allow judges to order permanent alimony. To the dismay of many, and the delight of some, that hasn’t changed, but the new statutes do greatly improve the need for judicial consideration before such a drastic order is entered. The upcoming laws make judges not only think long and hard about making an alimony award of indeterminable length (in the language of the statute one that “by its terms will terminate only upon the death of either party or the remarriage of the alimony recipient”), but judges must also spell out the facts and circumstances they feel will warrant permanent spousal maintenance.

The current law provides several factors for judges to consider when deciding alimony requests, but the modified law adds some that supporters feel will ensure that the proverbial playing field is even before a determination is made. The new law will make judges consider all evidence submitted by both parties before making a decision, and provides the following factors:

Are you currently involved in a spousal support dispute? Do you have questions about how alimony works? Anticipate that you will be divorcing or separating after October 1 and are interested in learning more about how the new alimony laws will affect you? If so, seek the advice of an experienced family law attorney in your area. 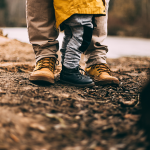 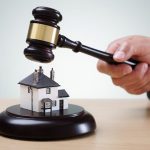 Can I Be Forced To Sell My Home During Divorce?Divorce, Family Law, Modifications