Father’s Rights organizations claim that family courts are biased against fathers in custody matters, but closer investigation shows that those claims are largely unfounded.

Over the past two decades there has been a rise in the so-called Father’s Rights movement, aimed at protecting fathers’ rights to parent their children after breaking up with their children’s mothers. These groups have been vocal in decrying what they perceive as the bias that exists against fathers in the family court system. However, custody laws in Connecticut and across the U.S. have changed over time and a closer examination of child custody case statistics shows that claims of bias against fathers may be unfounded.

No one disputes that there used to be a presumption that the mother was the proper caretaker for children if divorced. Courts across the U.S. subscribed to the so-called “tender years” doctrine, which stated that children needed their mother when they are in their “tender years” – usually meaning 7 years old and younger. States began to respond to the changing gender dynamics sweeping the country beginning in the 1970s and fathers began to have a greater success obtaining primary physical custody of their children – or at least more parenting time.

Today, when parents cannot agree on a parental responsibility plan spelling out a parenting time schedule, the court will determine a custody arrangement based on the best interests of the child. The court assesses a child’s best interests based on a variety of factors listed in state statutes and does not presume that the mother is the better candidate for custody.

Fathers’ Rights organizations claim that even though the law states that there is no presumption that mothers should get custody of children, statistics and anecdotes show that courts consistently award custody to mothers. Father’s Rights advocates often cite a study that showed that 81 percent of child custody awards go to mothers. However, another study showed that in one state in 51 percent of cases the parents both agreed that the mother should have custody, 29 percent of the cases were resolved without any third-party intervention and only 4 percent of cases went to the litigation stage. Of those cases that went to litigation, only 1.5 percent completed litigation. These statistics show that far fewer cases awarding custody to mothers are the result of court intervention, much less bias. Instead, it is often the parents themselves that make the decision.

Additionally, more fathers are being awarded custody. An American Academy of Matrimonial Lawyers survey revealed that 56 percent of family law attorneys have seen an increase in mothers paying child support to fathers.

An attorney can help

A Continuance To Obtain An Attorney – Can I Get One?Family Law 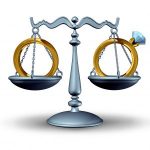